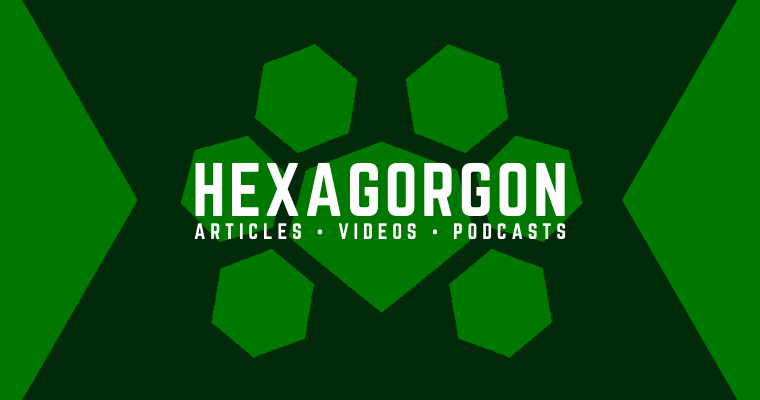 HexaGorgon comprises of a group of friends who met at the University of Bath and eventually decided we wanted to make things on the internet.

What will you see here?

No seriously, who are you?

Alex has a lot of half-baked thoughts about video games, and wants to make some of them fully-baked thoughts. He plays too much Path of Exile, Runescape and Guild Wars 2.

AKA Over-thinker In Chief. AJ loves listicles, customisation, and board games with nice tactile pieces. Always here for the suboptimal plays “because it fits the fiction”.

Bear is a bear, who everyone thinks is a human. A board game, video game and roleplaying nerd, and definitely not a hacker. A real party animal!

The Web Boffin, head honcho of HexaGorgon.com, which makes sense as he is a Web Developer. He plays a lot of board games, favourites being Patchwork, 7 Wonders & Pandemic Legacy. Expect a few board game reviews from him!

About as close as we get to a boss around here, Eddie tells the nerds what to do based on what other nerds tell him needs doing. Self-proclaimed Champion of Dumb Ideas – the more ridiculous a thing sounds the more likely it was his idea.

Jamieson is an MtG and assorted gaming enthusiast who wants to bring his enjoyment and passion for games to everyone. If someone is missing the joke and taking things too literally, it’s probably him.

Pwal is the old man of the group while also being under 30. He is one of the only members of the team who still plays Dota and consistantly sucks at MtG. You can hear his wonderful voice in our RPG podcasts.

Toby spends far more of his time staring at lines of code trying to work out what he’s done wrong than he’d like. He’ll be around occasionally, like that friendly uncle you only see at Christmas.

This website uses cookies to improve your experience while you navigate through the website. Out of these, the cookies that are categorized as necessary are stored on your browser as they are essential for the working of basic functionalities of the website. We also use third-party cookies that help us analyze and understand how you use this website. These cookies will be stored in your browser only with your consent. You also have the option to opt-out of these cookies. But opting out of some of these cookies may affect your browsing experience.
Necessary Always Enabled
Necessary cookies are absolutely essential for the website to function properly. This category only includes cookies that ensures basic functionalities and security features of the website. These cookies do not store any personal information.
Non-necessary
Any cookies that may not be particularly necessary for the website to function and is used specifically to collect user personal data via analytics, ads, other embedded contents are termed as non-necessary cookies. It is mandatory to procure user consent prior to running these cookies on your website.
SAVE & ACCEPT