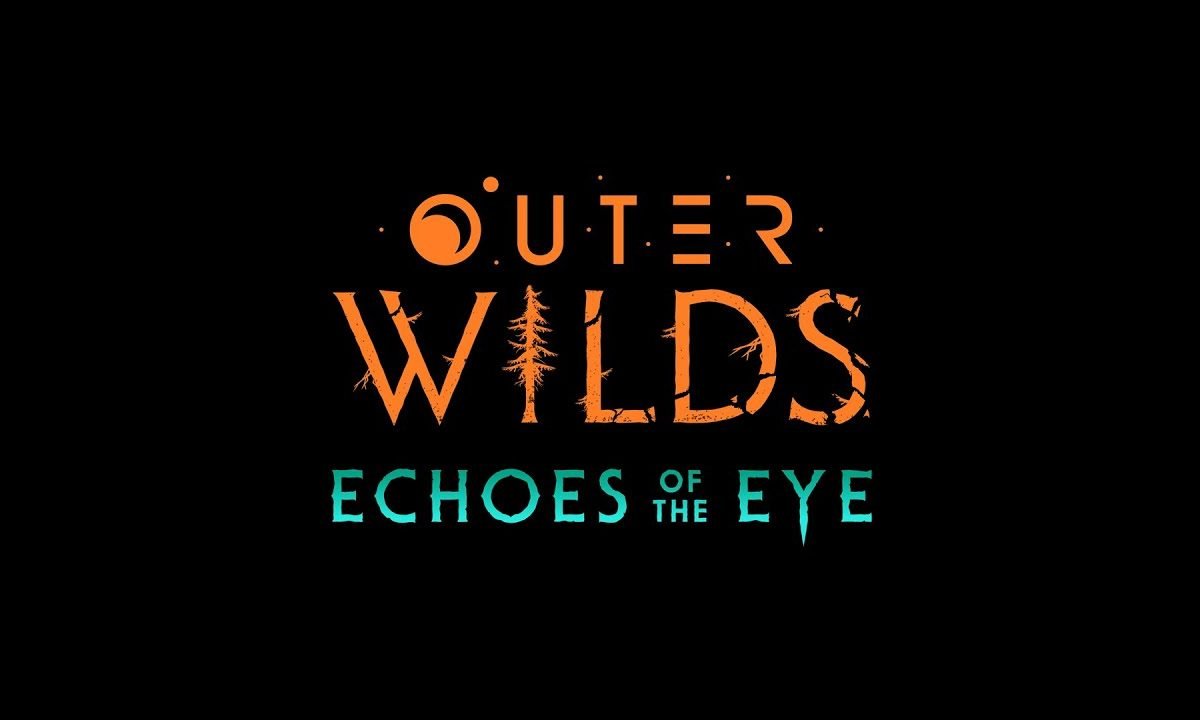 Echoes of the Eye is the “first and only” expansion for Outer Wilds. I absolutely loved the base game: it’s a masterpiece of game design and probably my favourite game of all time, and I jumped at the opportunity to go exploring again in the expansion. A note of caution: there’s the potential for a lot of spoilers in this review, so whilst I’ll steer clear of puzzle and story spoilers you should be aware this article will contain general information about Outer Wilds and Echoes of the Eye.

Though not required, I would recommend you complete Outer Wilds before starting Echoes of the Eye.

The ambience of Echoes of the Eye is nothing short of incredible. It encapsulates the awe of the base game as you discover new things, enthralling the player with spectacular horizons and beautiful details. Simply discovering the expansion is a journey in itself, and the first time you see where the expansion takes place is a breath-taking reward that almost makes you forget the sun is about to explode.

The expansion does really well to make the player feel unnerved and afraid again, even with a complete understanding of the base game. This doesn’t feel cheap, either: everything from lighting to music to furniture is used to make you feel uncomfortable and nervous to turn every corner.

A brief note on the music, which is a major player once again. The music only enhances the emotional heights that Echoes of the Eye offers. From the awe-inspiring to the downright terrifying, the music only ever adds to the experience. The way each track fades in and seems to crescendo just as the player reaches a major revelation will never cease to amaze me.

Echoes of the Eye expands on the Outer Wilds universe in a way I didn’t expect, and yet it makes perfect sense. It answers a question from the base game that I didn’t even consider, but which in hindsight seems like a major plot point Mobius Digital set up for themselves. The story of Echoes of the Eye is even more “show don’t tell” than the base game, with absolutely no text to tell you what’s going on, relying entirely on images and your interpretation of them.

If the base game is about exploring and embracing the unknown, Echoes of the Eye is about the opposite. The base game uses hopeful messages to lead you through a tale of sorrow and finally leaves you feeling proud; whereas Echoes of the Eye shows you a tale of despair (and even briefly anger) only to leave you feeling remorseful by its conclusion. Echoes of the Eye almost takes you through the five stages of grief as you uncover its story, but the word which comes to mind when I think about its conclusion is “pity”. It presents a bittersweet contrast to the base game story and leaves you with an ending you don’t realise will hit as hard as it does.

Being an exploration game with minimal mechanics, there isn’t much to say for the gameplay. Echoes of the Eye uses a lot of what you learn in the base game (though some of it only very briefly) and still manages to surprise you with the new “mechanics” it introduces.

Echoes of the Eye is slightly more linear than the base game, having “chunks” of information you need to complete before you can really progress to the next “chunk”. The information still spreads out from a single point before collapsing back into a single point by the story’s conclusion, but it doesn’t quite have the same feeling of multiple threads gradually pulling together that the base game does. This can mostly be chalked up to not having as much space as the base game – Echoes of the Eye took me about half as much time to complete as the base game (which is still great value for an expansion!)

The discovery within the expansion is still fascinating and as wonderfully giddy as the base game. The final piece of information I learned before reaching the conclusion is one of Outer Wilds’ greatest discoveries. The puzzle I was then presented with left me feeling the smartest I have since That Moon.

The one area where Echoes of the Eye lets itself down is by including three segments which require stealth to navigate, with no way around them. Or rather, the knowledge that you need to circumvent the stealth segments is hidden behind those stealth segments (at which point you don’t need to go back, unless you’re achievement hunting). On the one hand, this means you only need to successfully stealth through once, but on the other if you aren’t good at stealth gameplay you’ll just have to keep trying until you succeed.

Part of what made the base game so spectacular was how new information made the seemingly impossible possible. If there was something I couldn’t reach/do, I was either missing information or there was another way to do that/get there. I became quite frustrated with these stealth segments because it took so many attempts to complete them without learning anything, nor having anything I could learn elsewhere to help me. Imagine you hadn’t discovered the solution to the Angler Fish puzzle from the base game until you were past the Angler Fish, and you’ll have a pretty good idea of how I felt during these sealth segments.

That said, these stealth segments took up no more than 10% of my game time, and I spent a lot of time on them. If you’re also struggling with these sections, contact us and I have a few hints which might help you without just telling you a solution.

Echoes of the Eye is a fantastic expansion to Outer Wilds, and they really do mean expansion. It adds to the base game in a really intelligent way, adding new puzzles and ideas which feel wholly different whilst being completely in-keeping with its design. It maintains the base game philosophy of exploring for exploring’s sake, giving you threads to follow without a strict purpose.

I do rate it slightly lower than the base game, and this is almost entirely down to the stealth segments. I ended up having to ask for advice, and thankfully had friends who had completed the expansion (who were much better at stealth games) and could give me pointers without spoiling anything.

If you enjoyed the base game, you will certainly enjoy the expansion. Even with its flaws, Echoes of the Eye is a brilliant experience and a must-play for any video game enthusiast.

We’re currently playing Echoes of the Eye on stream! Come join us at hexagorgon.stream every-other Monday and Friday, starting at 8pm GMT.